1) First of all, Download Axis Pay UPI App (Valid for All Banks)

3) Now Give Permission to App for Sending SMS from your number. (Select Only Bank registered mobile number)

5) Now Select your any UPI Bank and Setup your VPA address as showing in above screenshot. (I have created @axisbank VPA with ICICI Bank account).

6) Make a Transaction from your any Bank’s VPA or Phonepe App VPA to your Axis Pay upi app VPA.

6) Note:- Valid only through when you received amount on your @axisBank vpa (created via Axis UPI App)

1. The Offer is valid for all Axis Pay users who make their first debit transaction on Axis Pay UPI App via send transaction or Pay via scan and pay. The user base includes Axis and Non-Axis account customers who would be in the eligible base

2. The user should have done his first transaction from his VPA linked to Axis Pay within 21st Jan, 2017 to 31st March, 2017. Any transaction done before and after the campaign date wouldn’t
be eligible.

3. Only first transaction from the user’s app would be eligible for the offer. If the user is already registered and has done transactions before, such user wouldn’t be eligible.

If the user is already registered but performs his first transaction during the campaign period, such user would be eligible.

4. This offer is non-transferrable to any other person and cannot be exchange with any other offer.

5. The Eligible User would be coming across the offer at Google Play store page, Facebook, Twitter etc.

6. Credit would be given to the users within a month after the campaign completion as per the campaign data which would include those users who have done his/her first transaction
during the offer period.

7. In all matters relating to the offer and these terms & conditions, the decision taken by Axis Bank will be the final decision, which will be binding on the User.

8. This offer cannot be clubbed with any other offer. 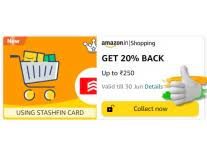 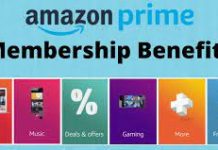