The biggest superstar of the Bollywood world, Salman Khan has already announced about releasing his app which is called Being In Touch on his 51st birthday. The app is currently available on the Google Play Store.

About Being In Touch App

How To Download Being In Touch App For Android & Apple?

1) To download the app, go to Google Play Store (For Android) or Apple App Store (For IOS).

2) After completing the download, install and open the app.

3) Now, register on the app using your Email address or Facebook/Twitter account.

5) That is it. You will receive all the contents created by Salman Khan and his details on the app.

After registering on the Being In Touch app, you will also get great discounts from various brands in the app. So, it is really great app. Specifically for the hardcore fans of the biggest Bollywood superstar Salman Khan. 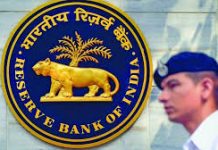 Zomato – All Working Coupons and Promocodes at One Place